The sports themed man cave is one of the most popular ways to go when creating your ideal in-home hideaway. There is nothing better than decking your man cave out with the most unique sports memorabilia on the planet dedicated to your teams. But you don’t just want to have a few posters tacked up on the wall like you’re back in elementary school. You want to represent your teams by having a shrine-like museum that you should charge admission to. Something that will make any other man who steps into your man cave salivate with jealousy.

The Ultimate Guide to the Perfect Sports Man Cave

There are certain things that will make your sports man cave stand out turning you from just a normal everyday fan to an all-out superfan, yell-at-the-tv-when-you’re-alone type of sports nut enthusiast. Here’s what you need.

I felt that this was a very important thing to address as well. Another thing to be very conscious of when collecting sports memorabilia is that you only want to buy from reputable sources. In other words, you want your items to be authentic. There’s nothing worse than not knowing if your autographed ball is actually legit or from some fat guy in his mom’s basement with Cheetos fingers trying to replicate your favorite players’ signature to make a quick buck off of duping you into thinking you’re buying the real thing.

That’s why it’s so important to  always make sure you are dealing with reputable sources. I like to use SportsMemorabilia.com or Fanatics.com. They only sell authentic sports memorabilia and they have ways to certify the legitimacy of their items.

Nothing says unique like autographed memorabilia. When you get signatures from your favorite players, it just sets you apart as a legit fan. It’s something rare and unique that is the absolute best way to separate your man cave from anyone else’s. Here are a few of the best autographed sports memorabilia items.

An autographed ball is like the Holy Grail of sports collectors. Think about it, whenever another guy sees an autographed ball, they have to ask who it is in an envious round of questioning. Unless, of course, you use it as a centerpiece to a shrine of a player. In which you have something like a jersey, maybe an autographed photo, and the ball. These are always unique. Especially when they capture a specific moment or game. When you have the player sign an image of the catch that won the National Championship, or a picture of the on-field celebration after clinching the World Series.

Autographed jerseys will be extremely prominent in any man cave simply due to their size. They are so much larger than any ball or picture hanging on the wall. They will attract attention as soon as anyone steps foot into your man cave. That’s why these are great for the “shrine” that we spoke about earlier. They will draw people in for a closer look.

These definitely have a more personal feel to them. My personal favorite are the alternate football helmets. I always think that these helmets are the ones the teams should wear anyways…and this is the perfect way to display them in your man cave.

The most common item here is a baseball. Simply because it seems like every pitch they use a different ball. Those other balls have to go somewhere! But game used memorabilia can really be anything. You can have a game used jersey. Or a bat that a player was using during a record-setting season. Sometimes you can even find cleats or footwear (if you’re into that sort of thing). Whatever the item is, it tells a story. And that is why it is a perfect addition to your man cave.

There’s nothing worse than saying goodbye to an old stadium and watching them blow it up. While the act of blowing something up may be fun as hell to watch, it’s still always a little sad to say goodbye to the memories of an old stadium. That’s why stadium relics are a great addition to any sports collector’s man cave. Some of these items can be older than you or me and bring such a rich history into your cave.

These are the “touches” to your man cave. There are a ton of different ways you can go with this stuff to make your space totally distinctive. Everyone needs a “Man cave” sign with their favorite team on it. Or a team-themed street sign. There are literally countless items you can use in this category to create your man cave masterpiece.

We talked about the. Prominence factor of jerseys before when we were talking about the autographed memorabilia. It still applies even if the jersey is not signed. Hanging jerseys in your man cave is one of the most popular “decorations” there can be. You can adorn your walls with jerseys of your favorite players, making a statement that anyone who enters is now in [ENTER TEAM NAME HERE] country.

Anther idea for jerseys is to only have jerseys of retired players from your favorite team. You can bring back the glory days of your team’s relevance with jerseys of the players of when your team was actually good.

Another one of my favorite jersey ideas is to have the pro jerseys of the players from your favorite college team. Obviously, this works much better for football jerseys. But if you’re a diehard college football fan, and your school sends a lot of players to the league, what better way to show support for your college team than having a constant reminder of how many professional players they send to the league.

There are so many different team-themed collectables to add to your man cave that your head would spin thinking of all the possibilities. Whether you want to collect bobbleheads from your favorite players or athletes, or you want to accent your bar with team bar lights. There are so many different nuances to add to your sports man cave that you could spend house (believe me, I have!) adding nick knacks to your shopping cart.

If you come from my generation then you remember the days of going to the card store and spending hours in there combing through the display cases, letting the guy behind the counter know which ones you were going to get some day. Well that day is today with your sports themed man cave. Trading cards an amazing way to emphasize your man cave. And when talking about the “shrine” idea from earlier, what better way to honor your favorite player than by having his rookie card as part of the collection?

This is one of the most overlooked aspects of sports collecting. We get so excited about the sports memorabilia that we are collecting; we forget that we have to have a way to properly display it. The last thing we want to do is nail an autographed jersey up on the wall. Or have an autographed ball sitting on the bar next to the popcorn machine. Every item needs a case or frame. Although we may be living out childhood fantasies of our sports heroes, it does not mean we have to treat it like our bedroom from our teenage years. There are plenty of options when it comes to properly displaying your sports memorabilia.

Click here for some of the best looking display cases at the best prices. 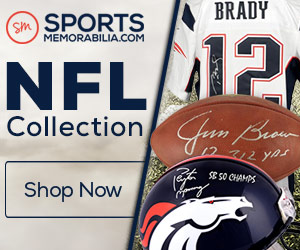 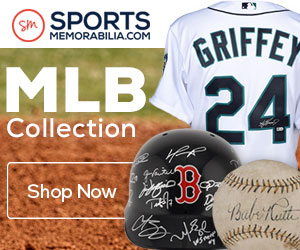 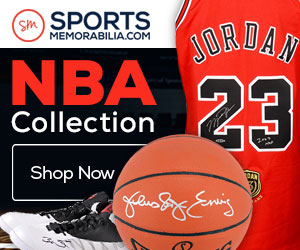 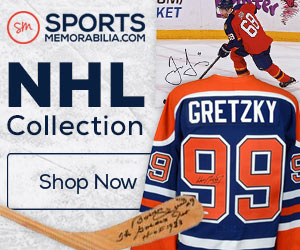 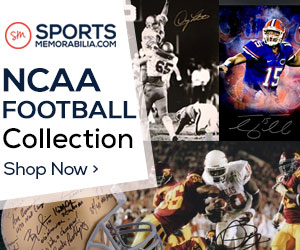 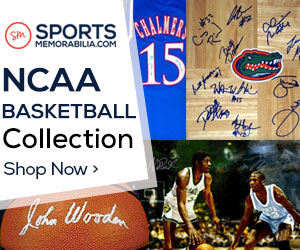