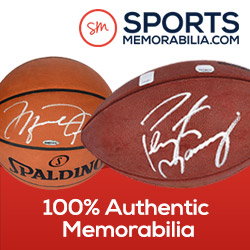 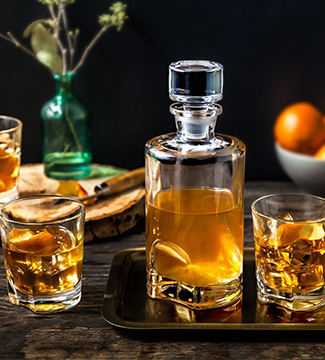 One of the most important elements to a truly badass man cave is some kind of game or gaming table. Be careful though, there are a ton of options to choose from. While a lot of it comes down to preference, don’t settle for something crappy because it’s cheaper. You will get ridiculed to no end if you put a Fisher-Price pool table in your man cave. You’d be better off with nothing than a chincy game table.

One of the unparalleled staples that are synonymously interconnected to the man cave is the pool table. It is undoubtedly the one gaming table that most immediately envision when they think of a man cave. A crew of dudes, huddled around the pool table, holding their cues, having some laughs and sipping on brewskis.

There are tons of options when it comes to pool tables. This is a perfect example of those things where you don’t want to skimp on quality because of price. The last thing you need is for your friends to have to use one of your autographed pictures hanging on the wall to prop up one side of your cock-eyed pool table to level it out. Or to have the beat-up felt fray and create hurdles on the table like divots on a putting green that you have to navigate around.

Any of the above circumstances is grounds for your buddies’ incessantly mocking and busting your balls.

So, if you are going to pony up for a man cave pool table, don’t be penny-pinching. Get a legit table that you will be honored to show off.

Another one of the games that is synonymously linked with the man cave is the dart board. There are a few important options with this as well and it really boils down to your preference.

A bristle dartboard is the most common type of dart board there is. As you can deduce from the name, it’s made from a plethora of minute little bristles that “latch” the darts as they come in (hopefully). The biggest upside to the bristle dart board is that it is essentially maintenance-free. The darts don’t leave holes like the cork or wooden dartboards because the bristles replace the holes as soon as the dart is taken out. Actually, this is usually the dart board that is used in for most tournament and league dart play.

Electronic dartboards are amazing. There are a couple different variations of electronic dart boards, but as a whole, these have seen a ginormous spike in popularity. Electronic darts are the types of boards that you usually see in bars nowadays, but they don’t all necessarily have to be the huge machines that you see people stumbling and arguing over that you play for a buck a game.

There are several benefits to electronic dart boards. Again, they are basically maintenance free without needing to be washed or cleaned too often. There are numerous holes that these soft tip darts insert when thrown (again…hopefully!).

The other big benefit to electronic dart boards is that they keep score for you. Look, when you’re having your buddies over for some totties and you’re throwing darts, the last thing anyone wants you to do is math!

There are a few other types of dartboards that you might consider, but I’m pretty sure that if you put them up in your man cave you may just have your “man card” rescinded on the spot.

Magnetic dart boards are something Santa Claus gives a 5-year-old at Christmas. Don’t put one up in your man cave. Ever.

Wooden dart boards can be nice, but they involve too much care and are really not as efficient as bristle or electronic dart boards. The same thing goes for cork dartboards too.

If you’re looking to put up a dartboard in your man cave, you should definitely consider going with a bristle or an electronic dart board depending on your personal taste and budget.

Every man likes pinball. There are no two ways about it.

And the great thing about having your own pinball machine is that you can get one that is completely unique to you. They make pinball machines that are themed to just about anything you can think of. I’ve seen everything from Star Wars to Austin Powers pinball machines. Whatever you are into, they most likely have a pinball machine for it.

The real trick is going to be stopping yourself at just one pinball machine. Once that dam is opened, you are not going to be able to stop. It’s like a Lay’s chip: “Bet you can’t buy just one!”

The Foosball table is one of the gaming tables that has actually started to make a little bit of a comeback lately. Foosball is one of the most fun and addicting games to play and can be a great addition to any man cave. However, if you are going to get a foosball table, there are a couple things you should make yourself aware of.

This is another one of those opportunities to be a cheapskate. Please don’t be tempted to skimp and get a table that’s cheap. There’s nothing worse than having to gingerly stick your hand onto the field of play, trusting that your buddy is not going to kick your knuckles off, all because the ball keeps rolling towards one of the corners time and time again.

Another tip that I wanted to give you was to make sure that you have a little bit of WD40 for the bars where the handles are. You want to have a nice, easy, smooth glide when you’re playing. You don’t want someone to have to put all your weight onto the handles to move the players. But having a foosball table will create endless hours of friendly competition between you and your friends.

Air hockey is one of the most fun games to play, and even watch, especially if you have someone that is not nearly coordinated enough. Or is too inebriated to know any better. There are not many things better than laughing your ass off at the incompetence and slow reaction times of one of your buddies when attempting to play air hockey against your 5-year-old daughter.

This is definitely one of the games that the entire family will enjoy as well. There’s no rule that says you have to ban the rest of the family from entering the man cave, although it might be something you consider. But they may actually enjoy a quick match of air hockey every now and again! But be careful…if you let your kids play too much, they will get too good and eventually kick your ass!

Poker night is another one of those things that just goes with man caves. There really is nothing better than having the boys over for a wild night of cigars, drinks, laughs, and cards.

Having the perfect poker table will just make it all that much better. There are numerous ways you can go with poker tables. You have the long tables that mimic the poker tables at casinos. Then you have the much smaller, cozier round tables. Every poker table has its own place. The longer one is great if you have more players or have some kind of mini-tournament going on. They typically fold up like a buffet table for easy storage as well. The smaller, round poker tables are more of the permanent and stay in one spot type of table. It all boils down to what you like and what kind of game you plan on having at the house. You have to ask yourself what the table is going to be used for, and how often you plan on putting it to use. But either way you go, a poker table is an absolute game-changer if you’re a card player and have any inkling of hosting poker night in your man cave.

Who doesn’t remember going to the arcade with a fistful of quarters at the mall while your mother scurried off to look at the sale going on at JC Penney? Your mother having to drag you out by the arm as you caused a scene because you were so close to the high score and you couldn’t stand the thought of someone else using the extra guys that you earned. I know I’m not the only one!

Well, now that you’re technically a grownup you can have it all with your own arcade games in your man cave. Now it’s just going to be your wife nagging you to get away from the games. But at least no one will steal your extra guys!

There are a ton of really cool arcade-style games that you can buy now and have delivered and set upright in your man cave.

Bring back the days of tokens and winning tickets and the witty three-letter acronyms for whoever got the high score! 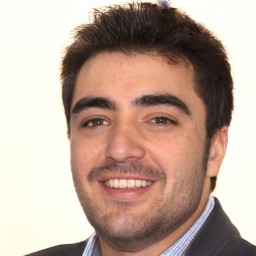